Olympic National Park is home to the longest stretch of unsullied, wild coastline in the lower 48 states.

Several of the beaches along the coast are pure gems that demand the attention of locals and visitors alike.

Best of all? Many are within easy driving distance of our coastal rainforest lodge!

Rialto is not only one of the most popular beaches in the area, it’s also the closest to Manitou Lodge. Just 3 miles away! The beach is spectacular, with generally heavy surf, gnarled driftwood logs, two sea stacks, tide pools, and breathtaking sunsets. Be sure to make the 1.5 mile trek down the beach towards the sea stacks. Here, you’ll find “Hole-in-the-Wall,” a passage carved out of the headland by the surf.

First, Second, and Third Beaches extend south from the mouth of the Quileute River. They are long, flat crescent shaped sandy beaches known for their sea stacks, tide pools, and wildlife.

First Beach is a 15 minute drive from Manitou Lodge, in the town of La Push. Located on Quileute Indian Reservation land, it technically does not qualify as an Olympic National Park beach. First Beach and Rialto Beach are separated by the Quillayute River inlet. Unfortunately, the closest bridge is minutes away on the road to La Push. This beach has several sea stacks, including those seen from Rialto Beach. First Beach has lots of sand to run on and a parking lot adjacent to the beach. It is also more protected than neighboring Rialto. All these things make it the perfect beach to take the family to. Of course, it also means that First Beach can often be a little crowded.

Second Beach makes the number one spot in a LOT of people’s “best Olympic National Park beaches” lists. Parking for the beach is on La Push Road. The beach is just a short forested hike away (about 0.7 miles/1.12 km). Second Beach features expansive stretches of sand, pounding surf, sea stacks, and lots of wildlife. Low tide reveals a rocky shore riddled with tide pools for you to explore. Crying Lady Rock, the largest sea stack in the area, is here and, to the right, the surf has cut a natural arch into the Quateata headland. Teahwhit Head is at the other end of the beach with more sea stacks and another arch.

The parking lot for Third Beach is closer to Manitou Lodge than Rialto Beach … but you’ve a hike of almost four miles of forested and fern-lined trail ahead of you before you reach the beach. Luckily the hike is a very easy one and Third Beach is definitely worth the light effort. In fact, the one thing that really separates Third Beach from First and Second is that it simply doesn’t get as crowded. Otherwise it offers the same amazing views, sea stacks, sandy stretches, tide pools, and wildlife. Plus, just south along the beach you’ll find Strawberry Bay Falls – a seasonal waterfall plunging directly into the Pacific Ocean!

As I said at the top, these four are but just a few of the Olympic National Park beaches you can visit. Others include Shi Shi Beach, Ruby Beach, and Kalaloch Beach, to name just a few.

Whichever beaches you visit, be sure to check the weather and tidetables first to help make sure your time at the beach is both fun and safe! 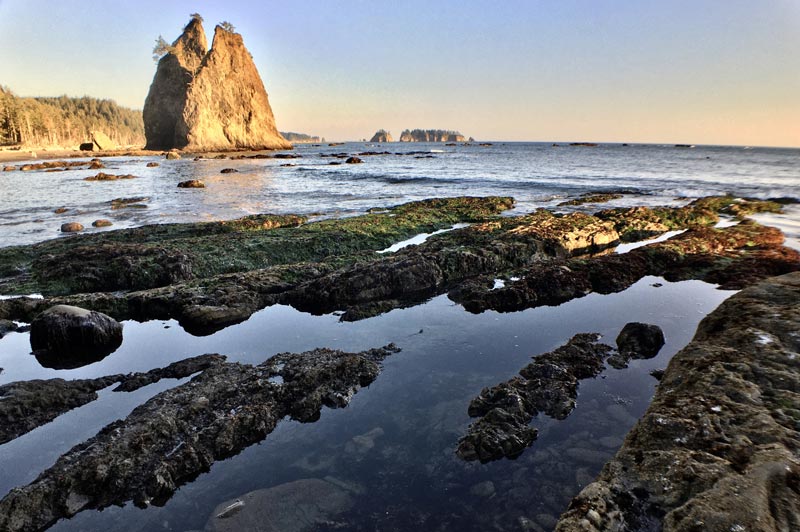 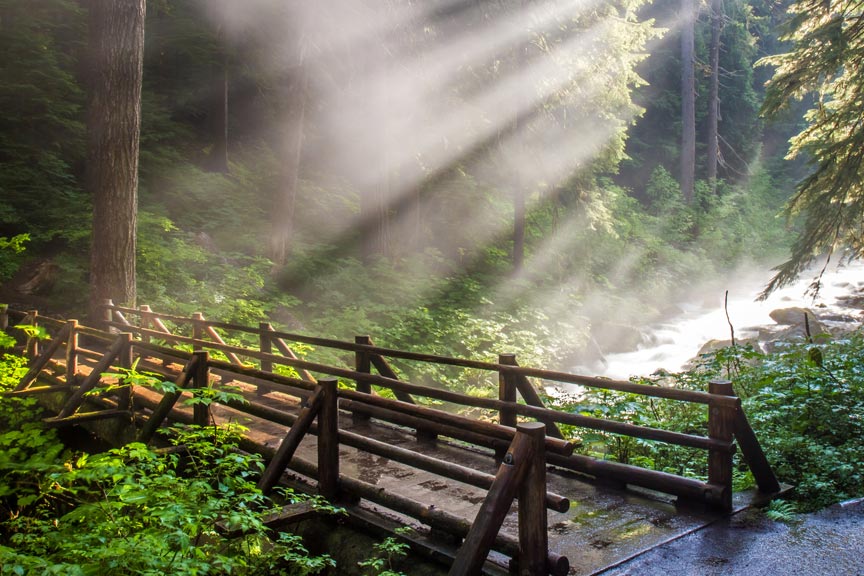 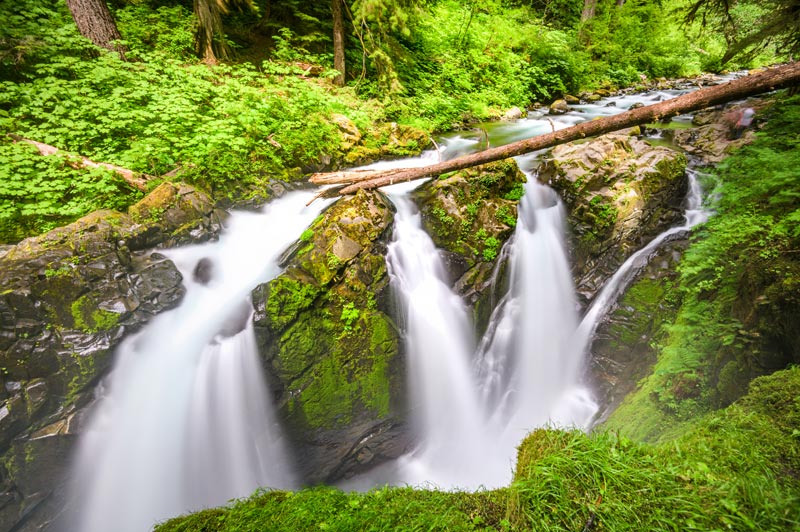